Where does the time go?

So this year has taken off like a rocket. I haven't had any time to do modelling beyond removing new stuff from it's packaging - like a pack of NCX and BDX wagons for a potential future project, and some WTY's from Auscision's latest run - and running trains. I made some reliability improvements to two turnouts that were giving me grief at low speed, but otherwise it's been mostly plonking and running trains while I work up the courage and time to properly install my overhead catenary and build the terminating structure that will go at the far end of the platform. It's nice to just properly relax by watching a train run around.

In the meantime, here's some general shots of running over the last few months: 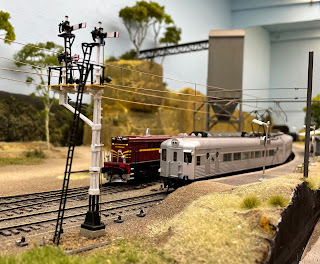 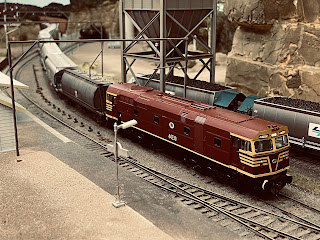 I'm heading to the Forestville exhibition this weekend, which I'm really looking forward to. According to my calendar the last exhibition I saw was Homebush in October 2019!
If you're on the east coast, stay safe and out of the floods!
Cheers,
Ben
Posted by Ben at 18:55